The Queen of Soul’s Legacy 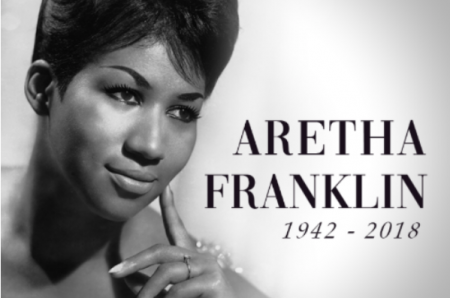 Aretha Franklin, the Queen of Soul, sold over 75 million records. She was the first woman inducted into the Rock and Roll Hall of Fame. She had four sons by four different men. Rolling Stone observed “While Franklin’s formidable legacy and impact is certain, however, the fate of her estate might end up a more contentious matter.”
Aretha Franklin reportedly left no will or trust when she died in August with a reported net worth of $89 million. Her four sons filed probate documents shortly after listing themselves as interested parties in her estate. One document reportedly filed with the Oakland County Probate Court in Michigan and signed by her son, Kecalf Franklin, and her estate attorney, David Bennett, acknowledged the absence of a will.
The absence of a will means that Franklin’s finances will become public. Franklin’s entertainment lawyer, Don Wilson, told the Detroit Free Press that he repeatedly asked her to put together a trust. This would have kept her personal business private. Franklin was known to be extremely private and skeptical of the press.
In her home state of Michigan, the assets of a deceased person who was unmarried are divided equally among children, but others — creditors or extended family members — could contest the estate. If you pass away without a will — called “dying intestate” — the legal system in your state will decide who gets your assets, no matter how massive or meager.
Of course, Franklin wouldn’t be the first person to forego plans for her assets. Nearly 60 percent of U.S. adults don’t have a will. She also isn’t the first celebrity to die without one. What’s unfortunate about Ms. Franklin’s situation is that she was fully aware of the importance of creating an estate plan, but she failed to do anything about it. This is a celebrity trend we’d love to see disappear!
October 15-21 is Estate Planning Awareness Week , and if you don’t have a will or estate plan in place, there is no time like the present.  Contact us to set up a consultation to make sure your estate plan is in place, whether you are a celebrity or not.