Does A Business Die When Its Founder Is Murdered?

Category: Business Planning | Comments Off on Does A Business Die When Its Founder Is Murdered?
Posted August 1, 2017 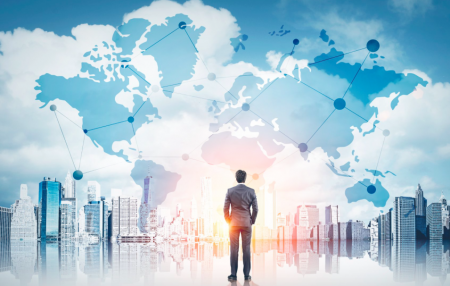 What happens when the founder of a company dies unexpectedly?  Jim Miller founded Jim Miller Excavating Company, Inc.  in Sweetwater, Tennessee in 1990.  Jim operated the business until he was murdered in 2010 at age 60.  On the day of his death, he worked on an interstate highway project until dark, then attended an election commission meeting late in the evening.  He never made it home afterwards.  He died intestate (no will), survived by his spouse, Vickie, and his daughters, Mechelle and Jamie, from a previous relationship.

Because he had no will, Jim’s estate passed by intestate succession to his widow and two daughters, one-third to each.  Did Jim own the business?  Was it part of his estate to be divided among his three heirs?  Vickie moved for a summary judgment (which can be granted only if there is no genuine issue of material fact).  Vickie relied on a stock certificate issued to “Jim Miller and Vickie Miller, JTROS” and the affidavit of the company accountant as proof she was a co-owner and became the sole owner at Jim’s death.  Mechelle and Jamie relied on the company by-laws identifying Jim as the corporation’s sole shareholder, president and secretary.  They also pointed out that Vickie’s stock certificate was not properly signed by two officers, but was signed only by the accountant as secretary, even though he was not the secretary.

The trial court concluded Vickie was the owner based on the stock certificate.  In June 2017, The Tennessee Court of Appeals vacated the trial court’s decision and remanded the case for a trial, saying “The question of the ownership of the corporate stock in this case turns upon the intent of the directors and incorporators.”  The Court of Appeals had a lot of questions that they wanted answered.  It may be another year or two before Vickie, Mechelle and Jamie find out who owns Jim’s company.

Jim probably thought he would live to a ripe old age.  He probably thought he had plenty of time to get his affairs in order.  He had no premarital agreement, no will, confusing and incomplete company records, a mysterious stock certificate and no business succession plan (other than the plan that existed in his head).  Maybe he did not know he needed a written plan.  Maybe he thought he had all of his paper work done properly.  If you are a business owner and your paperwork was done 20 years ago and looks like Jim’s, pick up the phone, make an appointment with a lawyer you know, like and trust, and take all your company and personal documents in for a review.  We love helping business owners get on top of their paperwork so they can focus on growing their businesses.